A puzzlescript game about manipulating connections between blocks

The last lvl is good.. Generally I think its rules are too complicated and counter-intuitive. I find that best puzzle games are hard despite the apparent intuitiveness of the rules.. But there's many sources of pleasure in gaming, maybe I'm missing some.

Last lvl got me to figure that final pos is unbound, only yellow can end up at the corner and then I classified game states according to relative position of three objects, which easily unbound along one axis - that's only 3 classes. i.e. lvl is very simplifiable. The filled-up lvl stayed incomprehensible up to the unexpected end, and I used only short-term heuristics planning 1-2 steps ahead at best. Just frustrating.

(Example of what I call cntr-inttv: interaction btw objects works at any distance, but only along 2 particular axes and when objects bound, by moving any, you move all that can move, even if objs that are their direct links couldn't move, but not when the source object itself can't move. Links themselves can bind objects, but only locally this time. This binding is bound to existence of the link. Nothing in our lives acts according to these concepts.. I get that formally rules are simple, but not for intuition)

Level 4 (!!) took me a long time to figure out, but after that something shifted and the solution space started to feel more a lot more intuitive, which is often the journey I take on my favorite puzzle(script) games.

What a difficult! I had to think the shape of the goal to come up with any steps at all.  Great game! 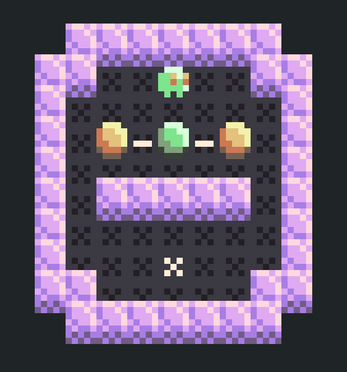 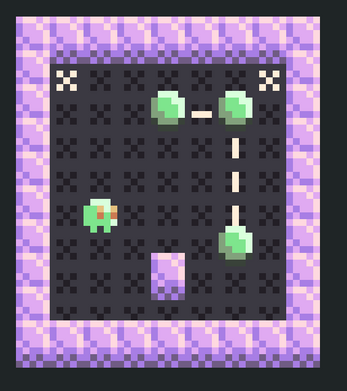 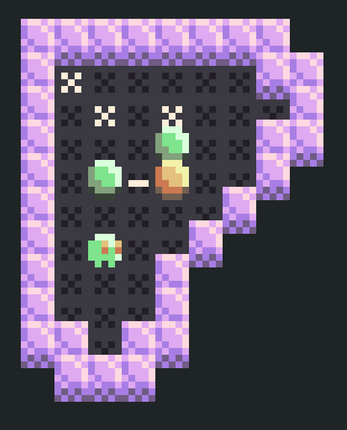