A downloadable game for Windows

'What is a video game?' is a prediction of what future game developers will accept as videogames (well at least the games as art movement). It's about showing you SOME of the steps or movements in game development that developers in the future will work towards and pass.

I was working on this for some time and stopped around may 2019.
All that was really left was to finish off the last section of the context/commentary and pretty all of it up by putting it in a pdf and making it easier to read but I've lost my motivation to finish that off right now. So in the future I may do it but just in case I dont I am uploading it now.

Pretty interesting spin of a concept of a video game. The concept of this is quite unique and I enjoyed going through this collection.

I was thinking a lot about this stuff while developing my first game. At some point I realized that I stopped playing games while working on mine, because the actual experience of developing felt like a better version of the kind of experience I look for in my favorite types of games (exploration, puzzle)

ps.: Your game (??) should be in every school everywhere

What have you done to my perception of the world??!! This was really cool.

thanks for checking it out. I'm glad you found it so impactful. :)

Really though provoking. I almost feel like this could be a theme for a game jam. Making a another game out of one of the games shown here (or even all of them).

Thanks a lot for this game (number 13???), it was a wonderful and inspiring experience. I might make a game about #8 and mention you for the inspiration

Hey, If I made an extended game of #8, could I copy your tileset and objects?

thanks for playing and talking about your experience it really made my day.

I don't mind if you take and use the tilesets and objects so go ahead. :)

Hey, I made this!

Any specific way you would like for me to credit you? And also, can I release the source of my thing with your images?

Thanks again, you also made mine =)

I'm fine with the way you have credited me already and I don't mind if you release the source with the things I made, so go ahead. ;)

Hey, what is the font you use in the game?

Comment on 11: I've actually heard this argument that all art is interactive  somewhere in Youtube, unfortunately I could'nt find it right now. The only counter-argument I can think for that is considering the possibility of an unperceivable object being art, which sounds like an useless idea. 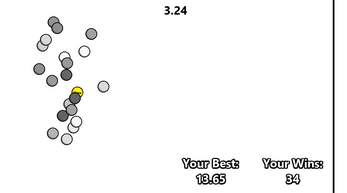 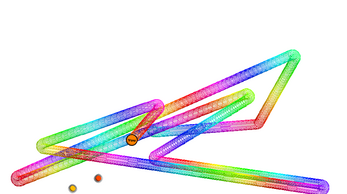 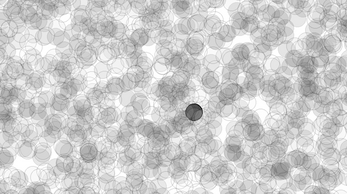 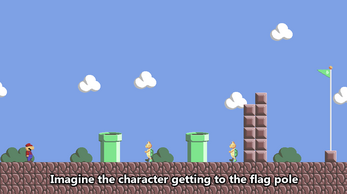